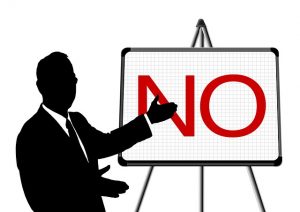 When you possess absolute or near absolute power there are times to use it and times to resist the temptation. Power tactics are common in negotiator handbooks but collateral damage caused by invoking a power tactic are not always fully considered.

If you are in a situation where you actually have absolute power and if you do not need to negotiate and don’t intend to negotiate the situation, simply say so. This is not intended to abuse the other person but to save them the time, effort and possibly the embarrassment or frustration of losing.

Selective power tactics can actually help preserve your relationship with the other person. Explain, as a preface, that you don’t want to mislead the other person, that there is no deal possible at this point, and that you feel obliged to save them the time and effort of trying to work something out.

Most people prefer to understand the situation rather than have a prolonged argument if the ultimate outcome is already set in concrete. Being frank also preserves your reputation and may enhance it. People also would prefer to learn this before they extend every effort to change the situation. That can be very humiliating.

Think about the lovelorn teenager who throws herself at the football hero in front of all of her friends only to be rudely rejected. Had he only said in the hall between classes, “Hey, I appreciate the invite. You are a great friend but I don’t want to go to the prom with you.” instead of leading her on or flirting imagine how much better her self-image would be the next day. Being direct and honest can save the other person a lot of grief. And the boy’ reputation with the other girls wouldn’t be tarnished by his apparent rude behavior to their friend.

If you exert your power in this constructive fashion expect some pushback. No one likes to hear “no”. Most people rebel a little. If you are resolute in your position and are not bluffing, say so nicely but firmly.

In a personal, established relationship be careful when you take such an absolute position. You are clearly telling your spouse, child or friend that you are insensitive to his or her needs, wants, and/or concerns. In such a relationship you are subjugating the other person’s wants to your preference. Such behavior wears thin very quickly.

In Seven Secrets to WINNING Without Losing a Friend, I discuss the importance of understanding the collateral damage potential of exerting power over another person.